In 2012, the lead designer of Borderlands 2 described a playable character he had created for people who “suck at first-person shooter” games. The character was the “girlfriend” mode, he said. In other words, it was a support character. Clearly not “lead player” material.

The comment was a slap in the face for women gamers. Many already felt they weren’t taken seriously, or weren’t welcome in the gaming community, especially following GamerGate, the 2013 harassment campaign that targeted female gamers and critics (and gave troll Milo Yiannopoulos a platform as the new poster boy of the alt-right).

Mahli-Ann Butt, the Australian academic behind this research, says in some ways being a “gamer girlfriend” is positive: by gaming with their partners, women are often shielded from the online harassment prevalent in the gaming public. But so-called gamer girlfriends, who are often introduced to gaming by their partners, also have a history of being viewed as a sidekick to their boyfriend’s gaming, and not a player in their own right.

We asked her about all that.

Read it online at vice.com

Over a quarter of RMIT students experienced sexual harassment on campus in 2016, according to a national survey published yesterday.

The Australian Human Rights Commission (AHRC) report is the first of its kind in Australia. Over 30,000 university students across the country were surveyed, with 579 responses from RMIT. The report reveals the full extent of sexual harassment and assault on university campuses across Australia, and highlights the past failures of academic institutions to support victim-survivors.

Read it online at rmitcatalyst.com

Syrian refugee and artist Miream Salameh spoke to Broadly about what it means to paint the destruction of her homeland.

by Jonathon Kearsley with Sammi Taylor

Worked on production of Nine News investigation into the cold case murder of Cindy Crawford. Conducted a solo, longform interview with the Crossthwaite family in Melton and assisted the online iteration of the story.

Read the story online at www.9news.com.au

The “Sleeping Beauty Diet” involves the use of sleep to avoid hunger, with some advocates going as far as sedating themselves. It’s been around for decades, but the fad is still going strong on pro-anorexia blogs.

If you’re not awake, you’re not eating cake. So goes the Sleeping Beauty diet, an extreme dieting practice that pairs sedation with starvation. New research out of RMIT has revealed 1 in 5 people are victims of image-based abuse. 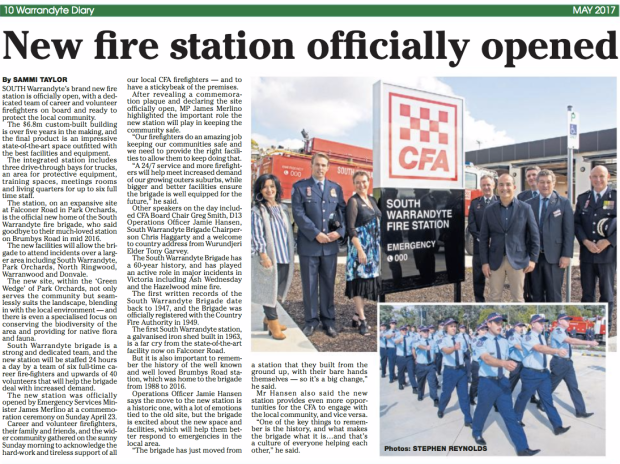 Published in The Warrandyte Diary, May 2017.

Broadly caught up with Sheryl Sharkie, aka “ShElvis,” as she travelled the country to perform as the King.